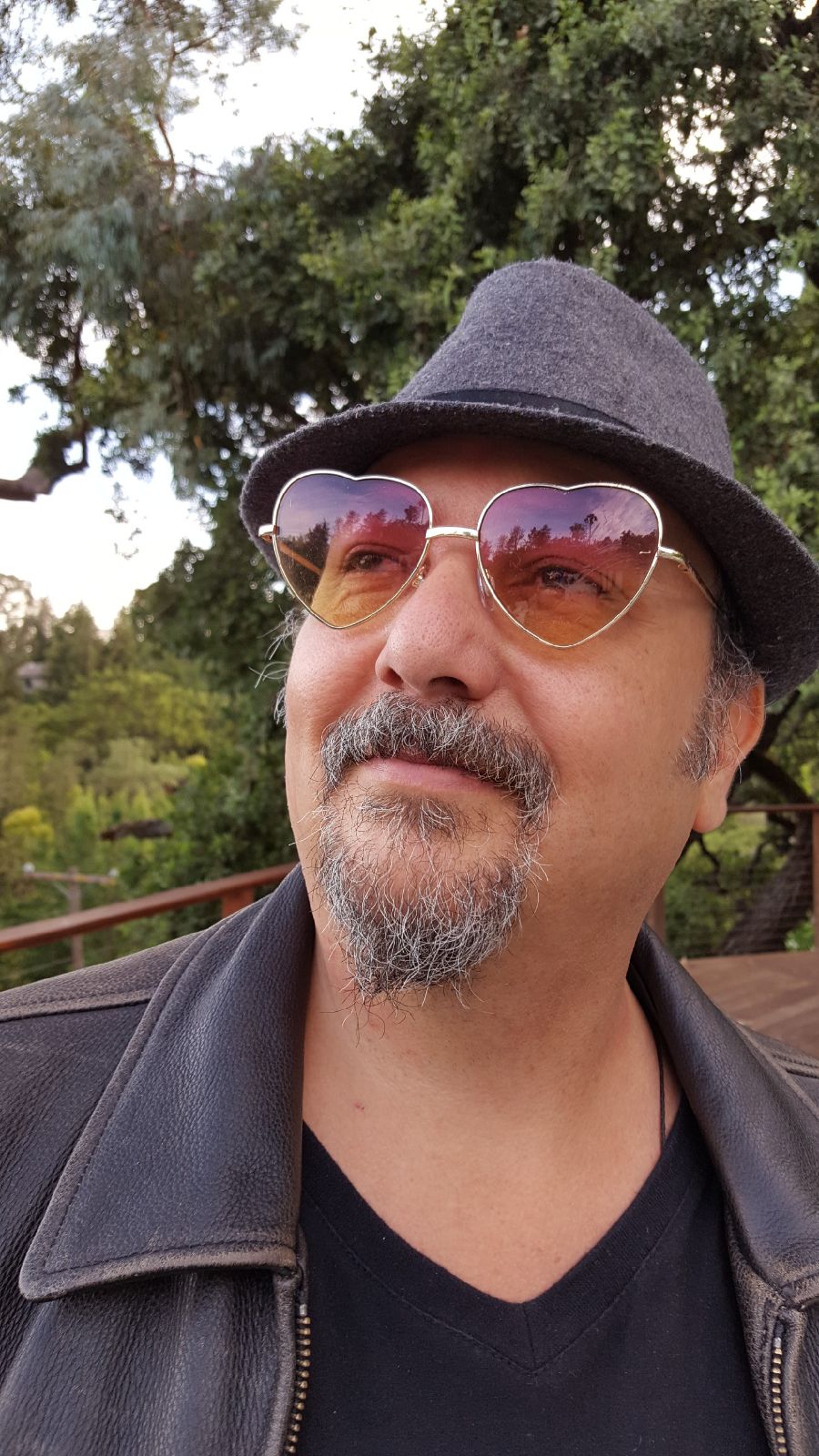 Jerry and I co-discovered what became called “Circling” over 20 years ago, and his contribution to the practice is immeasurable. Jerry was at the very heart and source of facilitating Circling, which is now all over the world, has evolved with many others contributing to its growth and is now practiced in many forms by thousands of people in every walk of life. Everytime someone Circles, a part of Jerry lives on, and his legacy and gifts continue to unfold.

To honor Jerry and his life, I want to give testimony to his contribution to Circling, both in how it is practiced, and in the values it embodies.

Jerry was born and raised in Fresno, CA…a fact I loved to tease him about as often as I could! He was as much a child of the human potential movement as he was of the Central Valley. He took his first personal development course at 16 years old, and went on to study and be part of many organizations as a true “student of transformation.” He immersed himself in work such as Understanding Yourself and Others, Landmark Education, Grof’s Holotropic Breathwork, Vic Baronko’s MoreHouse & Welcome Consensus, and The Sterling Institute Men’s Weekend.

As the extreme being he was, Jerry would dive head first into an organization with his whole being until it transformed him. Jerry’s deep love of transformational learning was revealed by the joy and reverence with which he told the stories of how he was turned inside out by these trainings. He was captivated, not by learning in the traditional sense with the acquisition of knowledge, but rather by learning as the process of the complete transformation of one’s whole being. Jerry knew that in order to learn something transformative, he first had to unlearn something else. This unlearning is often experienced as a kind of death of the old self, and a rebirth of someone fully new.

Jerry thrived on the process of transformation, and consciously brought this way of engaging to every part of Circling and to the early structures that originally developed it – Arete, Men’s Circle, and Gratitude Parties. Everything from the the way we structured the courses, to how the production staff was organized and conducted, to the way people were enrolled, was designed as part of a transformational learning experience. Every component, including the social community that organized around the courses, was designed so that the outdated versions of the self could die and be transformed. In other words, like a hologram, everything we did in the course challenged participants and staff to accomplish something new that wasn’t possible within their current way of being, by putting people up against all of their resistance. The process supported people in allowing their limiting ways of being to be fully seen and then to die, as a new way of being was born, one which was more unconditionally loving, generous, and true.

In the legendary early days of Arete, the production team soon became what was called the Arete Advanced Course. At one point, we found ourselves with over 40 people paying to be part of the production team for a course that had 8 people in it! The production team was tightly organized into levels of leadership roles, which people would strive to grow into and master, being transformed by the process. For example, the highest role was “Source Team Lead,” whose job was to hold the “transformational space” of the entire course, and to be the “source” of support for the participant’s desired outcomes. The challenge for the Source team lead was to accomplish this without lifting one finger in “doing” anything, but rather to achieve the result through their way of being. They would sit in a tall Director’s Chair in the back of the room, and empower the their team through being present and making clear requests. Reaching this level of leadership within Arete indicated that a person had been truly transformed by their learning.

There were multiple teams – a food team, course leader support, and room setup, with each team having a lead and different roles. Everyone would show up to the course with something clearly defined as being “at stake” in their own lives. Everyone agreed to push their personal edge in being present, communicating clearly, and working through upsets to completion. Needless to say, the folks who participated were personally challenged in ways that supported their growth as human beings. At the the end of the course, the feeling of liberated beings with expanded hearts, deeply acknowledging each other’s transformation was palpable, as people expressed unforeseen wells of gratitude and love.

The enrollment process was no exception to the transformational process. Jerry would often say that the person’s course “started” the moment they began considering it. The commitment was that each person get deeply served in the process of enrollment, even if they never signed up for the course. Making a decision about whether to take the course meant getting in touch with what was worth transforming themselves for. As you can imagine, just having this conversation led to life changing shifts for people. Inevitably, one would get to a place where the very reason they would choose to take the course was the very reason they would choose not to take it….as a space of genuine choice was revealed. I recall spending many hours with Jerry working with folks to truly face what was most real for them (and scary), and in the end choose not to enroll. In those cases, Jerry and I would say we’d done our job.

Within his commitment to transformation, the most unique gift that Jerry brought was that which he couldn’t not bring – his heart. It was Jerry’s deep paradoxical heart that sourced a way of being that led him to jump head first into all the crazy trainings and experiences of death and rebirth – a journey he began as a teenager and brought back to us.

Jerry’s heart had two distinctive sides. On one side, Jerry had an almost archetypal feminine sensitivity and care, which gave him the excruciating ability to deeply feel the pain of the entire universe within you. On the other side was a relentless archetypal fatherly demand that you open your heart to the deepest truth of your reality – not just where you wanted, but precisely where you didn’t. Add to all this the deepest, most insecure and socially awkward need for approval and adoration that I’ve ever seen in a human being, and you can begin to get a sense of the paradoxical force of nature that was Jerry!

It was in the early, crude days of Circling, that these three facets of Jerry wrestled out the early forms of Circling. The three sides of Jerry made every Circle a kind of explosive, transformative experience for the participant, usually making Jerry’s need for approval the sacrificial lamb.

How this would often play out was that Jerry would somehow become the person who most triggered you. If you hated being controlled, Jerry would try to control you. If your worst fear was being bullied, he would show up as that bully. In other words, the fatherly demand in Jerry would awaken to any place where you were strategic or guarded, and he would essentially become your worst nightmare, eventually revealing the real pain underneath your defense. Then, at just the right moment (and usually at the point when it really looked like Jerry was the bad guy), I would come in from the back of the room and help facilitate you through what Jerry just triggered. Eventually the pain that Jerry clumsily unearthed in you was fully seen and finally felt, giving way to the unique beauty of your essence for all to fall in love with. By the end, Jerry was right there next to you, as it became obvious that this moment was what he was connected to in you the whole time. When this happened, people bowed in full gratitude to Jerry’s deep heart.

Method always precedes theory, as was the case with Circling. Like any new and novel art form, it is first lived out in action and only after a while was the underlying pattern abstracted out into language. Although we no longer “confront,” make assertions, or have any particular agenda when we Circle, the paradoxical values that beat within Jerry’s heart – the bottomless well of care and unyielding commitment to truth, live in the very fabric of Circling.

Jerry’s gifts not only live on through the Circling practice but also in bloodline. Jerry’s son Caleb Candalaria recently took the Art of Circling Training, at the age of 17 years old! It was an amazing experience for everyone in the course to witness this beautiful, emotionally mature young man, raised and fathered by the man who was instrumental in co-developing the method they were being trained in. It was strikingly clear from day one that Caleb had something very special about him that was clearly matured in Jerry’s love. What shined forth through Caleb was an an openness to life and a curiosity about people which made it impossible to not fall in love with him. With remarkable tenderness and unending presence, Caleb displayed a way of being with people that drew out what was most real and true for them. His striking intuition and way of conducting himself as a Circler displayed a person deeply at home in his own heart and implicitly invited everyone in his presence to do the same.

The day after Jerry died I had the deep privilege to spend time with Caleb. I will never forget the long walk we took together in the Marina by his house in Albany. Being a young man coming to grips with the death of his father is perhaps one of the deepest things a man can ever go through and walking with Caleb at the very beginning of that process was beyond what words can touch. I watched Caleb burn with the implicit awareness of the need to look directly at the truth of his experience with his whole being no matter how painful or daunting and to do so through and in relationship with people who loved him. As we walked together he laid bare moment by moment the emotional wrestling match happening inside him. One moment we were crying, the next laughing, the next dwelling in deep silence. I heard him speak of his love for Jerry and the grief that was just starting to hit him…while aware of the connection happening between us and wanting the same openness he was sharing from me as well. The whole time I couldn’t help but feel Jerry’s deep heart live on in Caleb’s maturity and pure openness.

As I write this, I can’t help but imagine – what would it be like if more people were raised with the type of conscious awareness that Circling cultivates and Caleb got to grow up in?

I will miss you with all my Heart my best friend….

2 Responses to “Honoring a Friend”

This site uses Akismet to reduce spam. Learn how your comment data is processed.