The How of Happines 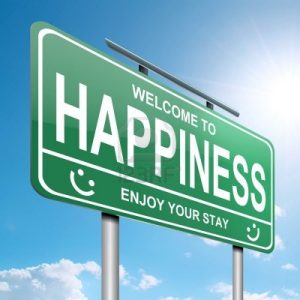 To be human is to live in a sense of the future. Everything you do, you are doing because there is something you want. What you want, by definition, aims at something that is not here right now. You evaluate your present based on how close or far away it is to what you want it to be. Even when you are ruminating on the past you are doing so because, in some way, you are presencing what you don’t want to happen ever again (in the future). Everything you have ever noticed you noticed because it was either an obstacle to your desired future or afforded you to get closer to it. As you read this very sentence you are reading it because you imagine it will provide you something that will make your life better than it is right now. Whether you are conscious of it or not, as a human being, every moment you find yourself dwelling within this is-ought structure. It is both the structure of your reality and your way-of-structuring it.

Perhaps you can begin to understand what the Buddha might have meant when he said, “Life is suffering.” Like it or not, aware of it or not, you find yourself always already in a moment that is exactly what it IS and never, not even once, has it been how it Ought to be. Yet part of the IS you always find yourself in comes haunted with the OUGHT that… well… ain’t. It is the inherent (and inherited) constraint that you suffer and at the same time has given you every possibility you have ever known.

Science, for all intents and purposes, has figured out exactly what gives human beings happiness. It is actually embarrassingly simple yet so un-Godly hard that only a very small percentage of the world population will ever come close to having even one second of it! Here is the formula: 1. Create a goal in an area of your life you and others you respect care about. 2. Take actions that are difficult and that sacrifice immediate pleasure in service of it. 3. Move closer to it. That’s it!

With some thoughtfulness we can see why this formula works and why happiness is not a feeling but rather a skill. A skill at what? The skillful ability to experience your actions to be so meaningful that there is no question whether it is worth their suffering. In other words, when the “ought” becomes the inspiration of your actions rather than “what’s missing,” the skill of happiness is set into motion.

For example, I remember when I first started lifting weights when I was 11 years old with a trainer my dad set up for me because he couldn’t get himself to go through the suffering of the gym. The first two weeks I absolutely hated it! It was the hardest thing I had ever purposefully experienced up to that point. I recall feeling sore in every muscle of my body while I dreaded going to the gym, haunted with the memory of that God-awful burning sensation as this guy that I equally hated (my trainer) in his high squeaky voice would say at the fifteenth and final rep, “three more!”

Then the third week everything changed. I was at the gym, hating it as usual, when I looked up at the mirror as I was doing bicep curls and caught sight of a bicep I had never seen before… on my own arm! Seeing this, the burn I was experiencing as torture just the second before transformed into bliss! Why? Not because the actual sensation in my burning bicep changed. If fact, because I was so inspired, I pushed myself even harder making the burn even more intense. Seeing my bicep get bigger was so meaningful to my 11-year old self that it shifted what the burn meant. The moment the burn was moving me toward a future of becoming the incredible hulk was the same moment it became beyond the price of admission. I haven’t stopped working out since then because a recursive loop of meaningfulness was put into motion that reinforced, reflected and created itself. The burn of working out created a future that I valued that had me work out more. That created a future I desired even more, and so on…

Yet as simple as the formula for happiness is, it is easily triply as hard to pull off. Why?

For example, imagine if I had not gone to the gym that day my bicep was born. Given I was a chubby awkward kid with a low opinion of himself who had not stuck with anything difficult up to that point, quitting going to the gym would have most likely reinforced the view of myself as a quitter. Seeing myself this way would have induced pain and shame, and even more unbearable, a sense of always being a shameful quitter forever into the future. This would have been too painful for me to feel so I would have most likely looked to food as a way to numb the pain. By overeating I would have gained more weight which would have made it more painful and deepened my feelings of unworthiness. I would have eaten even more to numb the pain. Most likely every time I would have passed the gym on my way to school would have been a painful reminder of the view of myself as a quitter which would of course have exponentially increased the pain associated with the gym making it less likely for me to ever return. This, of course, would have made it virtually impossible for me to ever return to the gym again which of course would give me an almost certain future of the same. And on and on…

2 Responses to “The How of Happiness”

This site uses Akismet to reduce spam. Learn how your comment data is processed.